These are the garments of my mom who passed away not long ago. Virginia Woolf once remarked “Each has his past shut in him like the leaves of a book known to him by heart and his friends can only read the title.” In front of my mom’s closed book, I realized even I, her own daughter cannot make out the meaning of her life. Her longings, dreams, and frustrations, not as my mom but just as a living creature who once inhabited this planet are shut down and on the verge of being submerged in complete nothingness. All that’s left of Mom is just her blouses and dresses most of which are all floral-patterned, her all time favorite. I grab those worn blouses and dresses in which a body once warm and aging, passionate and tender used to breathe, but not any more. I hang them against the backdrop of my mom’s backdoor forest, dark and vibrant and let the wind and the last light of a day pass through and dance upon them. What I photograph is just the frayed sleeves,the hems of skirts, the buttons of blouses and yet all the while, I ‘m calling out her smiles, sighs, shrugs and nods, some proofs of her having lived here with us. Life is ephemeral. Just a few brief flutterings in the wind. In the midst of utter loss and despair, through photographing her remains, I might be craving to embrace this evanescence of life as it is and say that it’s ok. It’s not that bad and life is not just all wasted vanity. Thus, from ‘nowhere’ to ‘now here’, and vice versa, always oscillating in between. —– by Kyung(hee) Lee, 2011 lee_kyung_bio

Kurt Tong, UK / China
In Case it Rains in Heaven

Traditionally, many Chinese believe that when a person dies, he leaves with no earthly processions and it’s up to their descendants to provide for them in their afterlife until their reincarnation. Joss paper, made from coarse bamboo paper, is burnt as offerings for the dead. In the last 50 years, more and more elaborate items are made out of paper as offerings for the dead. Cars, servants and houses were common sights at funerals. As consumers’ culture takes over China, Joss products have become more and more outrageous. While this practice is officially banned in China, it has always been tolerated. Some see the offerings as compensations for what a person never had during his lifetime, many considered the items as a reflection of the values of the living, of our society. In 2006, it was reported that paper prostitutes, Viagra, condoms, ecstasy and gambling equipments were found on sale outside of cemeteries. This lead to a crack down of the more extreme products. The images in this project are some of the products currently available to burn for the dead. All items were burnt as offerings for my ancestors.

Kurt was born in Hong Kong in 1977. Originally trained as a health visitor and co-founded a charitable home for disabled children in India in 1999. He became a full-time photographer in 2003 and was the winner of the Luis Valtuena International Humanitarian Photography Award for his first body of work on disabled children in India. He gained his Masters in documentary photography at the London College of Communications in 2006 and began working on much more personal projects, drawing on his Chinese heritage and familial relationships for inspiration. ‘People’s Park’, which explores the now deserted Communist era public spaces, was chosen as the winner of Photography.Book.Now competition, the Hey, Hot Shot! competition and the Jerwood Photography Award. ‘In Case it Rains in Heaven’, exploring Chinese funeral offerings, has been widely exhibited and collected by museums. A monograph of the work was published by Kehrer Verlag in 2011. He is represented by Jen Bekman Gallery in New York and The Photographers’ Gallery in London. 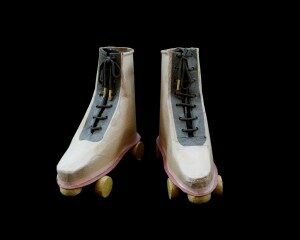 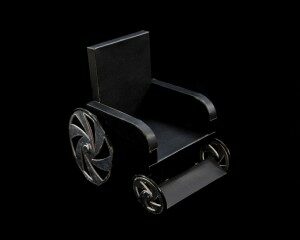 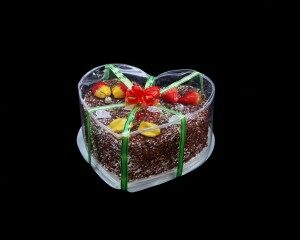 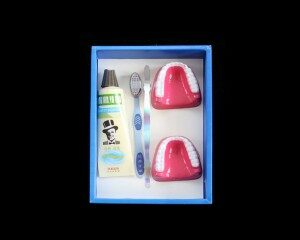 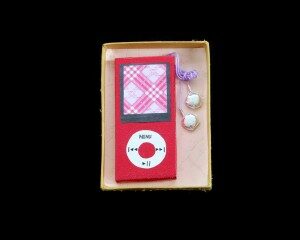 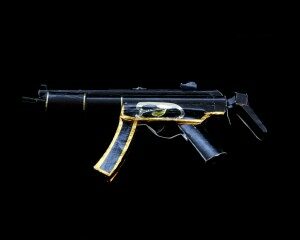 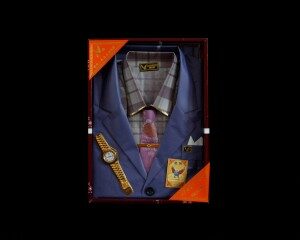 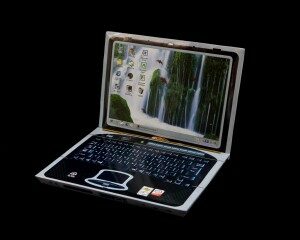 ‘City for the Dead–San Cataldo Cemetery, Modena, Italy’ 2010 “Photography is an elegiac art, a twilight art…All photographs are memento mori”. ‘ON PHOTOGRAPHY’ SUSAN SONTAG, 1977 The ‘City for the Dead’ stands as an unfinished project in city of Modena, Italy. The construction for the modern build of the cemetery started 33 years ago and is still ongoing today. The infamous design lays out corridors and coordinates for the dead. Photographs of the deceased are accompanied by flowers placed by the living – a visual testament to the passing of life and reconstruction of memory. These images have been made to comment on the construction of remembrance, but also on the permanence of form and the temporality of life. In these images, both transience and the passing of time are marked by the floral tributes which pour in to the cemetery everyday. Yet there is a certainty this ephemirality: new arrivals will come today and tomorrow. Concrete spaces await them.

Caroline Douglas is a Scottish artist who works predominantly with photography. She graduated from Edinburgh College of Art in 2006 and Glasgow School of Art in 2010. Caroline has been artist in residence at Stills Gallery in Edinburgh in 2008, the Photography Department at the School of the Art Institute Chicago in 2009, the Fondazione Fotografia in Modena, Italy in 2010 and Proekt Fabrika in Moscow, 2011. She has exhibited widely in Scotland, London, Japan, Berlin, America and Russia. She is currently living and working between Glasgow and Moscow. douglas_caroline_CV

Lydia Goldblatt, US
Photographing, for me, has always been a way of training attention on the world I inhabit. Each piece of work I have made, whether my authorial presence is implicit or explicit, has stemmed from personal observations and questions, as much as the desire to create something of more universal interest. I have assumed that this is a relevant creative strategy because my concerns are with basic human experience – who we are, how we live, where we find meaning, our desire to belong, our need to create a framework of meaning even without all the answers. Increasingly, photographing has become a means of assembling aggregates of experience in a way that makes sense. It’s not exactly about order or logic, but about finding a way of intuitively arranging fragments, via image-making, that goes some way to expressing both the internal and external processes that make up our experience of life. I am beginning to explore this position more explicitly and more freely in making work about my family, having avoided it for some time as too personal, too much a breach of domestic privacy. But privacy, I am learning, is not defined by space or the domestic, but by our privileged relationships with each other and with experience, and these relationships are so fundamental to life that perhaps they are never simply private, but always provide vital elements of recognition between us. For almost as long as I can remember I have been saying goodbye to my father, as much through my relationship to the world around me as through my relationship with him. Finally, as these goodbyes become more pressing, I am taking up my camera, no longer able or willing to let time pass without some sort of mediation. Crucially, joyfully, I do not feel that making this work is simply a goodbye. Any word, any gesture, any process of reaching out creates the possibility of greater understanding and connection. So, if anything, goodbyes become hellos. These images are a beginning. They are a work in progress not only about the specific context of my family, but also an exploration of the constantly-shifting nature of life, of time, and the potential of photographs to open up the realm of experience via their poetic as well as indexical reality. goldblatt_lydia_curriculum_vitae

Ed Kashi, US Portfolio 1: “City of the Dead” Refugees from Cairo’s housing shortage have laid claim to the main cemetery. Over a million people live, work, shop and go to school in and among the mausoleums. It is a thriving necropolis where the sanctity of the dead coexists with the needs of the living. Portfolio 2: “Aging in America” In rural West Virginia, people still live – and die, the old fashioned way. With the help of hospice care workers and friend Warren Dewitt, Arden Peters cares for his wife Maxine, who has Parkinson’s and end-stage Alzheimer’s, and then struggles to carry on after she passes. Portfolio 3: “Sandwich Generation” Herbert Winokur, 83, suffers from dementia and is unable to live on his own. His daughter, Julie Winokur, moved with her husband, Ed Kashi, and their two children, Eli, 11 and Isabel, 8, from San Francisco to help care for him. Winokur and Kashi are faced with difficult choices and overwhelming responsibility as members of the Sandwich Generation, people who are caught between aging parents and young children. Ed Kashi is a photojournalist dedicated to documenting the social and political issues that define our times. A sensitive eye and an intimate relationship to his subjects are signatures of his work. As a member of the prestigious photo agency VII, Kashi has been recognized for his complex imagery and its compelling rendering of the human condition. In addition to editorial assignments, filmmaking and personal projects, Kashi is an educator who instructs and mentors students of photography, participates in forums and lectures on photojournalism, documentary photography and multimedia storytelling. Along with numerous awards, including Second Prize Contemporary Issues Singles in the 2011 World Press Photo Contest, UNICEF’s Photo of the Year 2010, a Prix Pictet 2010 Commission and honors from Pictures of the Year International, Communication Arts and American Photography, Kashi’s images have been published and exhibited worldwide, and his editorial assignments and personal projects have generated six books.

“Blood Work” began in December 2010 as the most recent manifestation of an ongoing body of work that explores the relationship between medical science and life experience. In October 2009, Suzan was diagnosed with stage 3B inflammatory breast cancer. Her doctors told her that the tumor, which engorged her left breast and caused her nipple to invert, was growing at a rate of 40%, as opposed to the normal 5% growth rate of breast cancer cells. We met the week after her diagnosis, just before she began chemotherapy. Suzan’s desire to record and explore her journey through images reflects one of my primary interests, which developed in 2008 after my mother was diagnosed with pancreatic cancer. My mother is now living with cancer, but no one prepared her for that possibility. There was no dialogue in place to explore the emotional and physical transitions that became a part of her everyday life, as well as the new shape of her body and its missing pieces. The difficulty of being visibly sick in a society focused on physical perfection furthered feelings of isolation and guilt that accompanied her sickness. The most recent work from this series is a transition, both visually and conceptually, from a documentary project about one woman’s experience with cancer, to a deeper investigation of illness. The series also investigates the isolation that can be self or society-induced, the experience of balancing everyday responsibilities with treatment, the varying support systems of home and medical facilities, and the effects of a sterile environment on one’s perception of her/his body as a foreign or feared object.

Elizabeth M. Claffey is a photographer and book artist currently pursing an MFA in Photography and a Graduate Certificate in Women’s Studies at Texas Woman’s University. After graduating from Earlham College in 2003, with honors for her photographic thesis on women’s body image issues and eating disorders, Elizabeth attended the Salt Institute for Documentary Studies, where she further explored visual storytelling. Her work has been recognized by Yankee Publishing, PDN Magazine, Project Basho Gallery, Abecedarian Gallery, The Eddie Adams Workshop, and various other galleries and publications including The Chronicle of Higher Education, USA Today, The Dallas Morning News, and The Kinsey Institute. Claffey_Elizabeth_CV

Jens Knigge, Germany
The images are platinum/palladium prints, printsize 43×60 cm on a handcoated arches paper size 56×76 cm. The edition is 10+2ap. Plate VI is in the collection of the Canadian Centre for Architecture. The Crematorium Berlin- Baumschulenweg is build by Schultes Architects, the architects of the new german gouverment building. Bio-Jens-Knigge