Stuart Franklin is a worldwide known award winning photographer, a Magnum photographer since 1985 and president of Magnum Photos 2006 – 2009.

Stuart studied photography and film at West Surrey College of Art and Design and geography at the University of Oxford (BA and PhD). During the 1980s, he worked as a correspondent for Sygma Agence Presse in Paris before joining Magnum Photos in 1985.

Franklin’s coverage of the Sahel famine from 1984 to 1985 won him acclaim, but he is perhaps best known for his celebrated photograph of a man defying a tank in Tiananmen Square, China, in 1989, which won him a World Press Photo Award. Since 1990, Franklin has completed over twenty assignments for National Geographic. His documentary photography has taken him to Central and South America, China, Southeast Asia and Europe. Since 2004 he has focused on long-term projects concerned primarily with man and the environment. He worked on about twenty stories for National Geographic Magazine between 1991 and 2009. Franklin is currently working on a long-term project on Europe’s changing landscape, focusing in particular on the climate and on patterns of transformation.

Neil Libbert is a London based photographer whose career spans from the early sixties. He has extensively contributed to The Guardian, The Sunday Times, the Illustrated London News and the Observer as both staff and a freelance photographer. He still regularly covers theatre photography for the Observer.

In 1999 Neil was awarded at the World Press Photo for Spot News stories. Several of his works are held in the permanent collection of the National Portrait Gallery, London, including portraits of Harold Pinter and Francis Bacon. His work has been exhibited at the National Theatre, Camden Arts Centre, and the Stables Gallery, New Mexico amongst others. Neil is represented by Michael Hoppen Gallery in London. 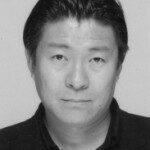 Richard Hsu is one of the biggest names on the Bund – born in Shanghai but educated in France, Switzerland and the States. In the late seventies he worked as an assistant to Richard Avedon. Hsu returned to his roots in 2003 to head up the launch of Wieden+Kennedy in China. Richard is also principal of his own creative consultancy h+5, and co-founder of Shanghai streetwear brand, Eno. Richard is currently teaching at Tongji University in Shanghai and Central Academy of Fine Arts in Beijing. He is also the curator of Shanghai TEDx.
.

Tim Cole, formerly Creative Director and Head of Photography at Saatchi and Saatchi Design, has been working in the design industry and commissioning photography for over sixteen years. Tim has been working with leading brands from Mercedes, Nike, T-Mobile, Toyota and Proctor & Gamble to name a few. He is currently the Creative Director and Head of Photography at Kino Design and was also on the judging panel for LPA futures photographic competition.

Julia de Bierre is an Anglo-French, Malaysian-born writer, heritage conservationist, curator and art-gallery owner. A graduate of Bristol University (Theatre and French), with a passion for interiors and antiques, she curated the Chateau de Lucens, one of Switzerland’s most prestigious Historic Monuments, for over a decade.

She has worked with major European art collectors and auctioneers, and created, within different castle settings, a series of workshops, focused on fine and decorative arts.

Her bestselling book ‘Restoration Recipes’ (Quadrille) has been translated into more than seven languages, and ‘Penang: Through Gilded Doors’ (Areca Books, English and French) is now in 2nd edition. She contributes to leading magazines (World of Interiors, House and Garden, Eyemazing).

Julia divides her time between Arles, Paris and Penang (Malaysia). She is also the founder of ‘Galerie Huit at Muntri Street’, which is in the heart of George Town, also a UNESCO World Heritage Site, in Penang, Malaysia. 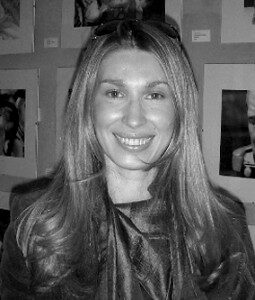 Vanja Karas is a Belgrade-born, London-based Artist, Curator and Art Director. She graduated from the University of Arts in Belgrade, followed by an MA from the Royal Academy of Dramatic Arts and Kings College London. She subsequently studied photography at Central St Martin’s College of Art and Design and the International College of Photography, New York.

Vanja began her creative career in theatre directing, and from there moved on to work in a range of other visual arts media including film, video, multimedia, graphic design and print. In 2000 she founded Magenta Grove London, an award-winning London based branding and design agency.

In recent years her work has been focused mainly on fine art and social documentary photography. Her photography has taken her from Nepal, India, Bhutan, China and Malaysia to Africa and Eastern Europe. She has exhibited her work in Europe, Asia and North America including Royal Academy of Arts, Somerset House, ICA Institute of contemporary Arts, The Photographer’s Gallery, AOP (Association of Photographers) Gallery and Proud Gallery and has been commissioned for a number of private and corporate collections, her most recent commission being for 50 St Mary Axe, (The Gherkin, London).

Vanja is the Founder and the Curator of the Arles Photography Open Salon at Galerie Huit. She curated the 2011 exhibition Trasience in Galerie Huit Arles and in China House and Alliance Francaise de Penang in Malaysa.